Just a few blocks North of I-70 next to Walmart is a nice HIX I would recommend. This hotel is fairly new with comfortable rooms and good service. Hays is about halfway between Denver and Kansas City so it’s not a bad choice for a roadside stop. There is a decent selection of nearby restaurant chains and good shopping. 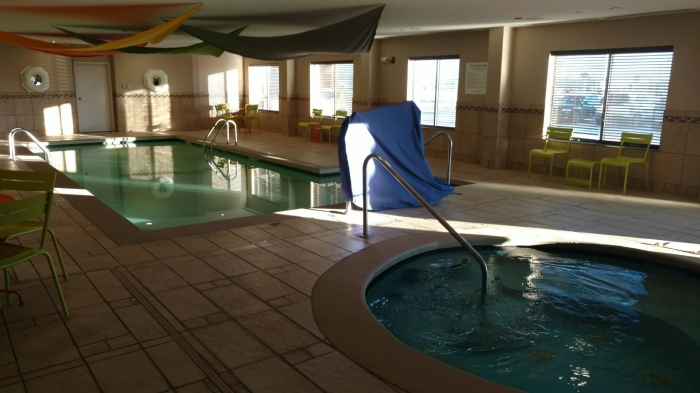 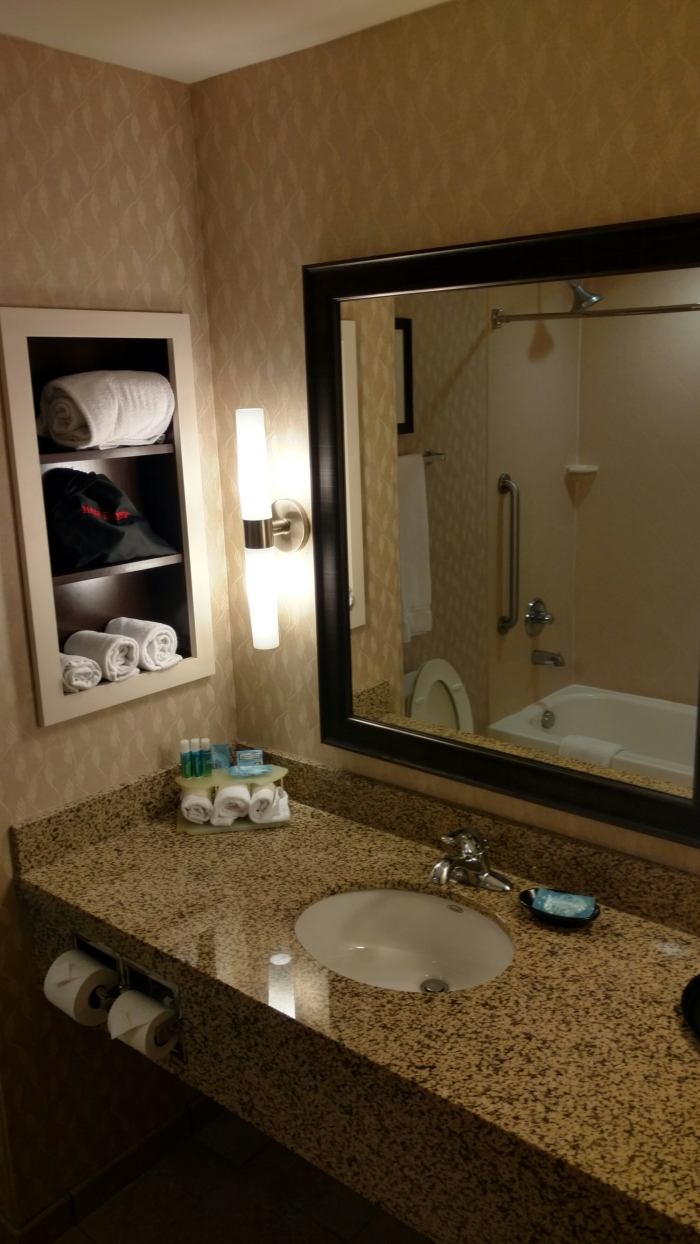 I stay in about 60 to 70 IHG properties a year so I think my opinion counts when I say I would recommend this HIX location.

One of my pet peeves is breakfast at hotels. This one is free and starts at 6am which is great to get you back on the road early.

If you’re planning a road trip through this area along I-70 I would also recommend that you stop in Abilene (East of Hays) and visit the Eisenhower Library and the Greyhound Hall of Fame.

I was surprised to see the pool was open in January but it was about 80 degrees while I was there. 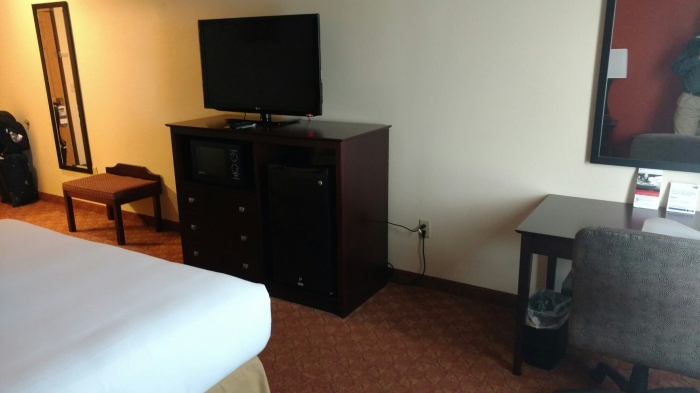 Standard King Room was a little dated but not bad. Apparently no upgrade for Spire Ambassador members at this HIX 😦

Older hotel but was very clean.

Overall the hotel was OK. Not much around this location and very pedestrian unfriendly area. I was forced to run on the treadmill. The fitness room was small but the equipment was good.

So I had the chance to stay on business at the Intercontinental Dallas this week. As a Spire Ambassador I was able to get a club floor suite upgrade that was really nice. Overall I’d say that I like this hotel. The service was great. This hotel is a little older but well kept. The photos don’t do it justice really. The furniture is nicer in person that it shows in the photos. I’m not a fancy guy so my room service meal was simple. I’d say the only major draw back is that it’s located in such a busy location but that’s a double edged sword as there are a lot of restaurants and shopping in the area as well. 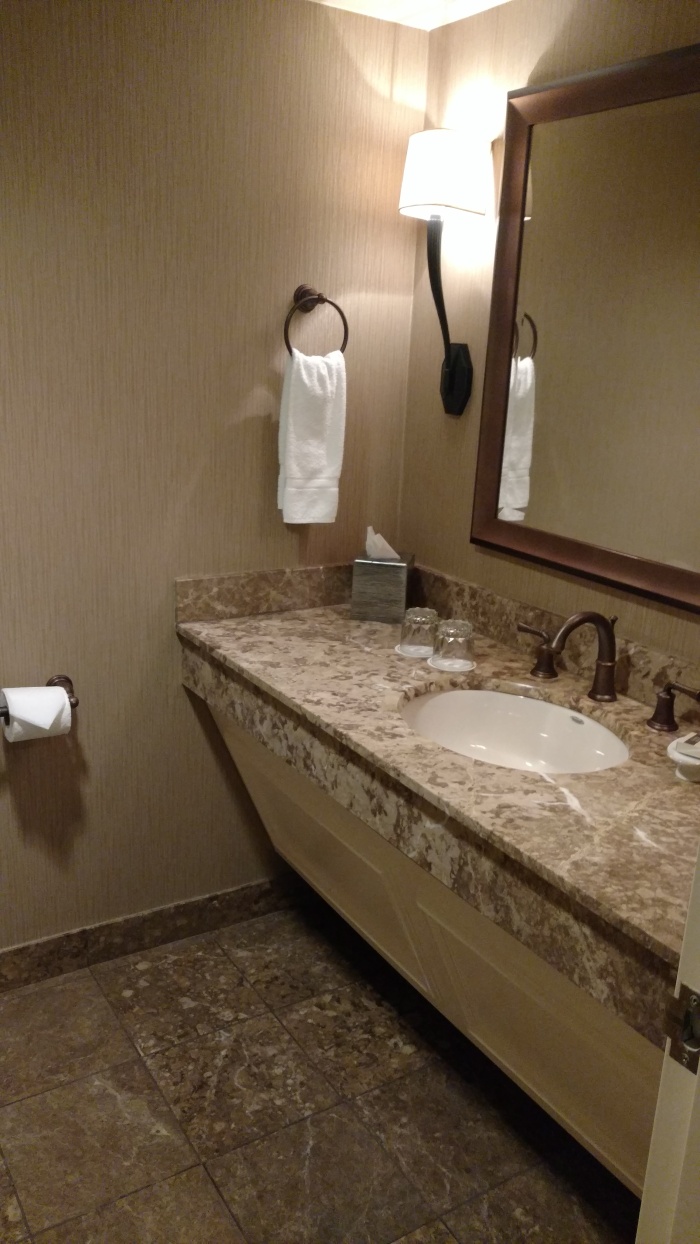 Mini bar (too bad I’m not a Royal Ambassador) 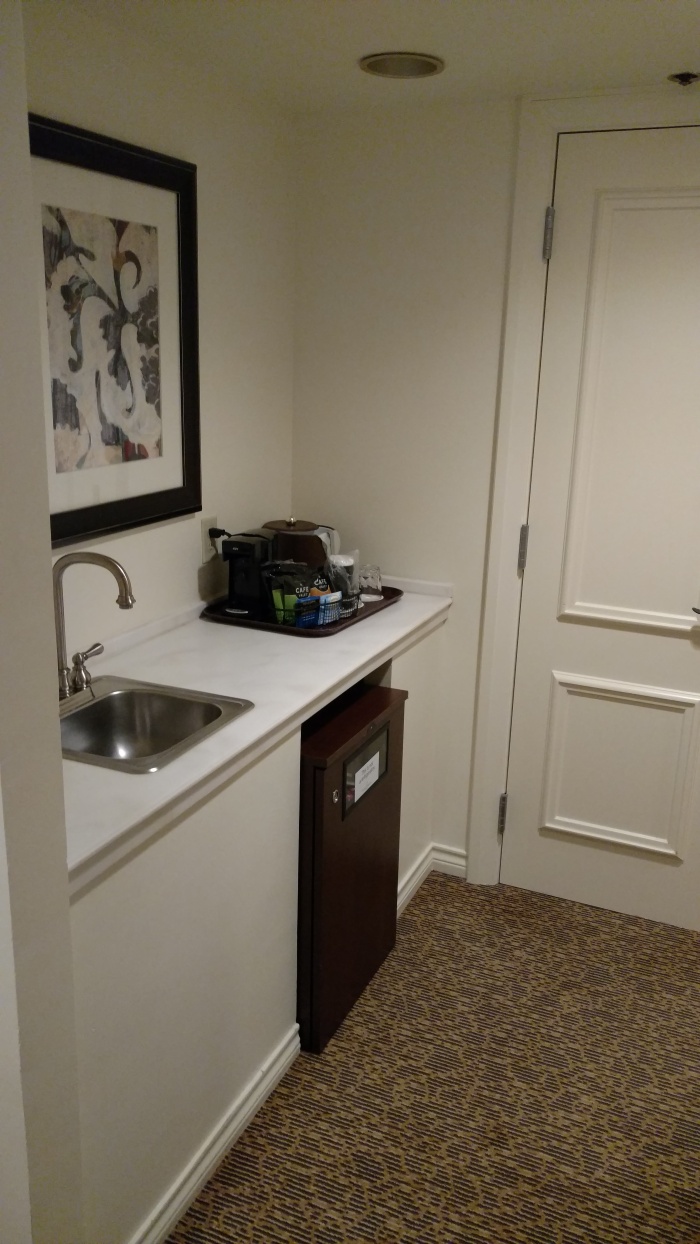 Second floor sitting area. It seems that this suite would easily sleep 6 with the large bed and 2 sofas. 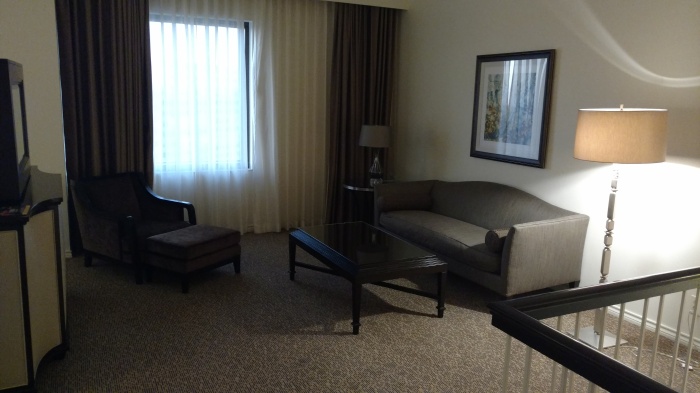 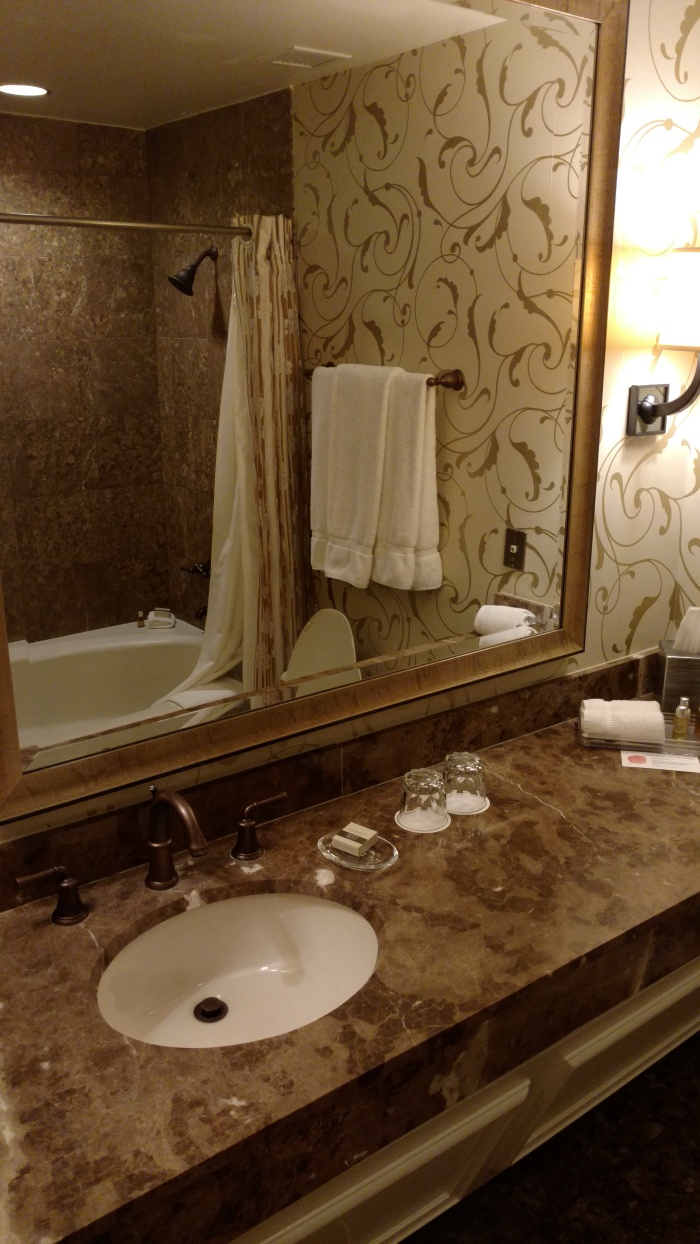 Happy hour in the lounge. 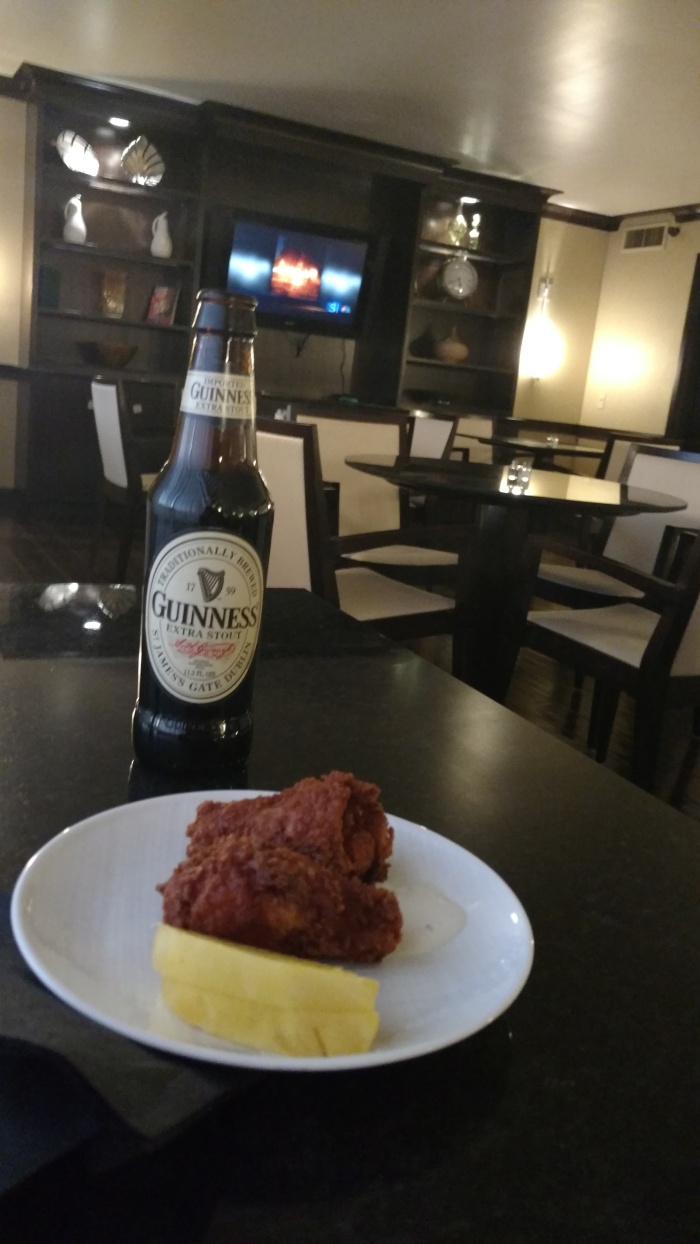 Room service back in the suite.

So this blog post is about smoking. I know it can kill and it is a terrible addiction. I don’t smoke but did many years ago so I understand the addiction and how tough it is. Please save your…

Source: How the TSA and Airports can reduce security lines. Possible $300 Delta Airlines Gift Card contest entry. Also access to free magazines. Maybe not the most exciting contest but hey, somebody has to win. 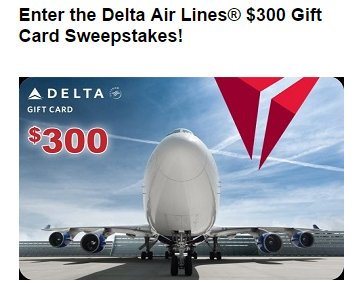