So in 2017 I was Gold with American Airlines. I reached that again by mid year but managed to miss Platinum by a hair at the end of the year. I just didn’t see the profit in doing a mileage run. So far in 2018 I have some AA flights booked and some long haul award trips on AA but some of my business trips have been moved over to United for various reasons in this first Quarter.

So here comes the offers. I can buy up to Platinum on AA for $795 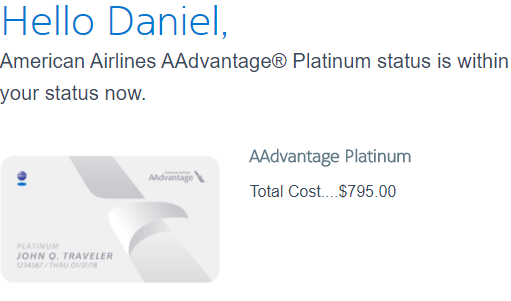 But after thinking about it I don’t think it’s worth that much to me. Sure I might see a few additional domestic upgrades but the main value is the MCE seats. And if I’m stuck flying United more than normal in 2018 I might be better off to just get an Economy Plus subscription for $499. 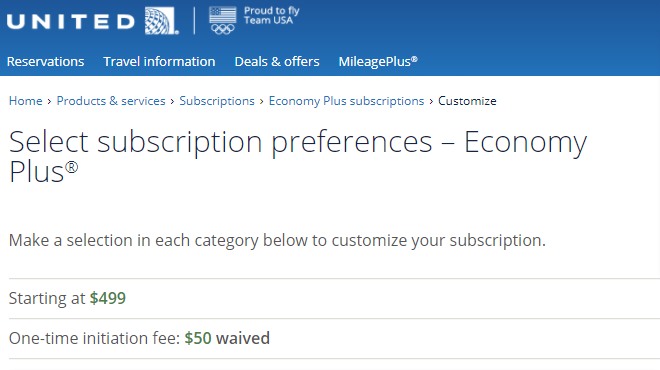 I’m not sure it’s worth it for either one. I actually wish AA would have given me a bit cheaper of an option to move up to Platinum since I was so close but at least I’m still Gold with a bunch of 500 mile stickers for now. I don’t think it’s worth it to do a status match with United either but we’ll see.

I guess due to the recent subzero weather we’ve had in Kansas City lately, the Icelanders have been fooled into starting service from MCI to Iceland. And…I love it. 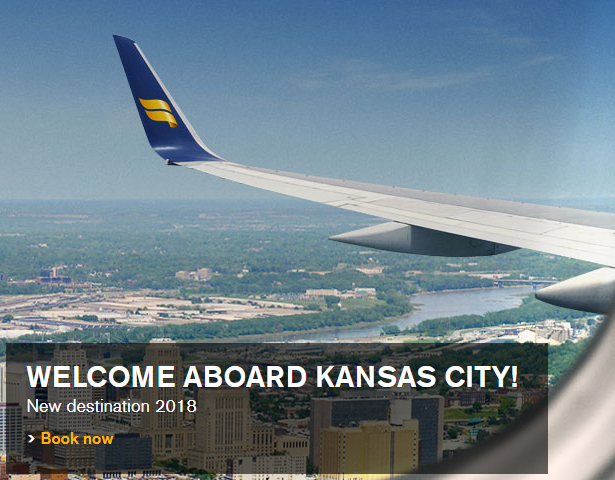 Apparently per TV 4 in KC:

Officials with the Kansas City International Airport and Mayor Sly James announced Icelandair is coming to KCI this year.

Icelandair will bring seasonal transatlantic air service to Europe with new nonstop flights between Kansas City and Iceland. Beginning May 26, 2018, Kansas City-region travelers can fly nonstop from KCI to Icelandair’s hub at Keflavik International Airport near the Iceland capital, Reykjavik.

According to the Kansas City Aviation Department, Icelandair’s Kansas City service will offer three nonstop flights per week to Iceland with connections to and from more than 25 destinations in Scandinavia, the UK, and Continental Europe. ”

This is good news for Kansas City. The city plans to work through political issues and build a new single terminal airport that will likely be too small and made of too much glass in the near future. As my home airport I love that I can now fly to Europe directly without flying to a hub first. Great news !

It seems this service will start seasonally from May to September in 2018 with hopes to expand. The outbound flights will be M-W-Sat with Return inbound flights on T-F-Sun. The flight is just under 7 hours and will offer fares that include the ability to stop over in Iceland for up to 7 days without additional fees.

Like Loading...
For those that have been on cruises before you either know this or have learned this but….cell phones and cruise ships don’t always mix. This is for a variety of reasons. Cruise ships are fancy floating hotels. It’s awesome because you don’t have to unpack more than once and when you wake up each morning you are at a new destination. It’s like a dream. 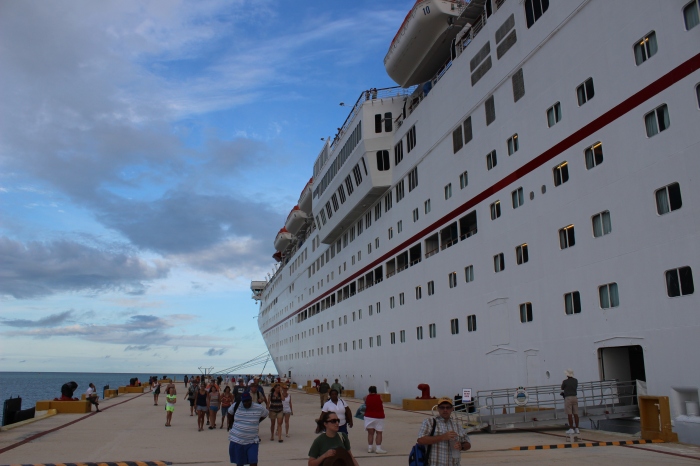 In reality cruise ships are made of metal. Each cabin has metal walls and ceilings and floors so cell phone and computer signals are weak anyway. In addition since the ship leaves the country and is at sea it is away from cell towers once you can’t see land. The cruise lines figured out a long time ago that this is a money making area. So they installed cell phone transmission equipment so you can use a cell phone while on-board in many areas. The problem is that it’s expensive as shown in the article below. There is a balance though. Basically you can use your cell phone while in US ports just like you do now, although signal strength below deck can be bad because, well….it’s metal like I said.
Once you leave land you are at the mercy of the cruise ship roaming rates. Once you reach a new port you can roam on that country’s cell phone providers which is a mixed bag that you need to check with your provider on. Usually it cost more but maybe not as bad as the ship.  Keep in mind that most USA cell phone providers have USA service in ports you would think of like Long Beach, Miami, New York but ports like Key West, San Juan are still part of the USA so roaming while there is not usually an issue it’s part of the USA after all.
Internet is a whole different animal. Cruise ships offer internet plans for a price and the speed is often not great, like dial up modem speed at times, although technology is getting better. So what is the best plan of action? What my wife and I do is make our last minute texts, facebook posts, phone calls at the port before leaving the USA. Then just before we say Bon Voyage we turn our phones to airplane mode. Most phones have this option and it will allow you to manually turn on wifi later if needed on the ship. It’s almost a ritual that says we are unplugging and starting our vacation. We then would use wifi for short sessions just to do a quick check of email so we know everything is OK back home and have peace of mind.
Another option in ports can be free wifi at restaurants, cafe’s, hotels, etc. This is becoming much more common than in the old days of the internet cafe Jason Bourne hangout days. Plus cheaper, as in free. Just keep in mind that these are public wifi areas in foreign port of call so it may not be too wise to log into your facebook, email, bank, etc. without using a VPN or really at all in my opinion. Plus remember that what happens at the Senor Frog’s beach bar in Cozumel at 5pm needs to stay at the Senor Frog’s.
One newer option with decent speed on free public wifi can be voice internet calling platform apps on mobile devices like Google Voice apps or even your own cell phone’s voice over wifi option. This can allow voice calls for free if unlocked on your device. That way you can leave a voicemail for Grandma who is baby sitting since she never picks up the phone anyway 🙂 “Hi Grandma, we just thought we’d call and “try” to talk to our kids for minute while we are in Grand Turk away from the beach leaving you another voicemail. I guess everything is OK since you posted that video of your cat on facebook yesterday that took us 20 minutes and $30 of internet ship charges to watch. Love you, we’ll try again when we reach Saint Marten. “
In addition we usually leave instructions with our family at home on how to contact the cruise line in a major emergency. Here is more info on that from carnival: https://help.carnival.com/app/answers/detail/a_id/1139/~/calling-home
Here is the link to information from Cruise Critic which is a great resource:
https://www.cruisecritic.com/articles.cfm?ID=1752